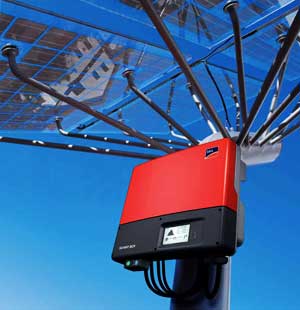 SMA has been successfully developing and producing innovative inverters and systems techniques for the decentralised supply of energy for the past 20 years. Nowadays, its technology is used in the efficient use of solar energy (photovoltaic).

Given the large variety of solar technology applications, SMA currently has a vast range of technical solutions that are adapted to the corresponding application and which are suitable for the obtaining of electrical energy generated from ecological sources. Said energy can be injected into the network or used for isolated supply purposes.

This vast range of applications has already been used in many interesting solutions for completely different technologies and in many different projects. All of these applications have a common feature: SMA’s innovative power electronics enable the rational use of energy. 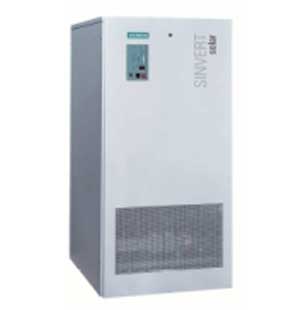 The new generation of SINVERT solar inverters is based on Siemens’ MASTERGUARD UPS S standard units, which comply with all requirements of the standardised modular systems.

The core of the power supply units is based on a power converter of the Siemens SIMOVERT MASTER DRIVES series, which is based on IGBT technology and is characterised by its high quality and reliability, as well as its top price/quality ratio. The integrated distribution of direct and alternating current enables the integration of a compact and profitable system.

The MPP regulation, control and supervision functions of the whole installation (FV generator, inverter, integrated AC/DC distribution and network interface) are carried out by a PLC SIMATIC S7 system. The PLC guarantees a highly flexible operation and the use of standardised interfaces (RS232/RS485/MPI/Profibus DP)